Medical Certification of Cause of Death 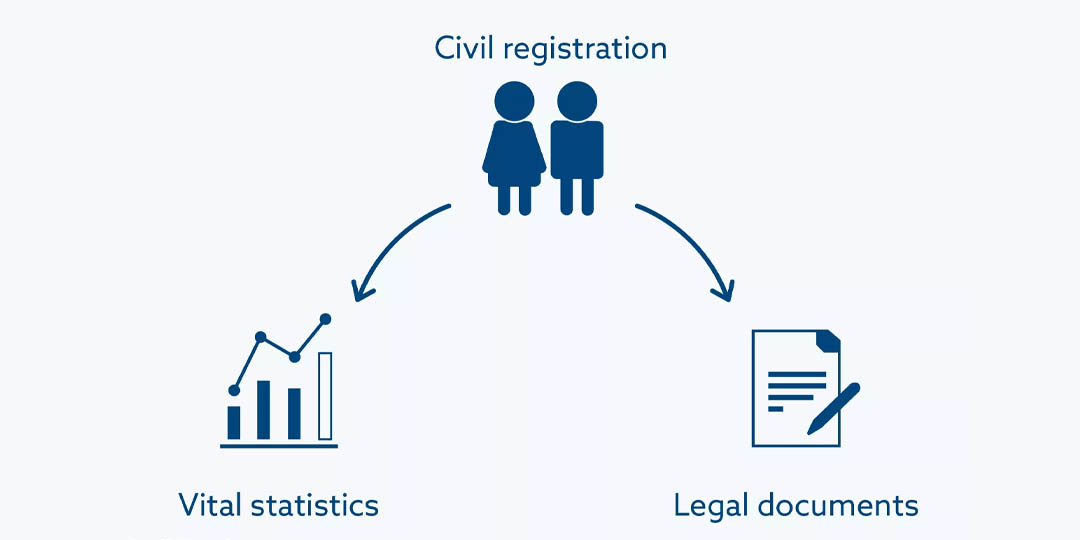 Civil Registration System is the continuous, Permanent and compulsory recording of vital events (birth & death) occurring in a population. Registration of Births, Deaths and Still Births in India is mandatory with the enactment of Registration of Births and Deaths Act (RBD Act), 1969 and is done as per place of occurrence of the event.  The Act was came into force in the State on 1st April 1970 vide Government of India Gazette Notification dated 21st March 1970 along with many other States. As per this Act, registration of Births and Deaths is compulsory and the time period for reporting occurrence of birth or death event to the Registrar for registering the same is 21 days. Also the registration beyond the period of 21 days is possible under the provisions of Section 13 of the Act. Additional Director (General) of DES is the Additional Chief Registrar who is in charge of preparing Statistical report of Births and Deaths registered.  “Annual Vital Statistics Report” is the main publication regarding the progress of CRS in the state and it presents a compilation of data on registered births, deaths, infant deaths and still births based on Civil Registration Records, publishing annually by the department.

The Sample Registration System (SRS) is the largest demographic survey in the country mandated to provide annual estimates of fertility as well as mortality indicators at the State and National level. The field investigation under SRS consists of continuous enumeration of birth and death events in sample units by a part time enumerator and an independent half-yearly survey in each sample units by a full time supervisor. The data obtained through these two sources are matched. The unmatched and partially matched events are re-verified in the field to get an unduplicated count of correct events. In the State of Kerala, the implementation of field work and their monitoring for rural units (175 samples) has been entrusted to Economics & Statistics Department.

The objective of the survey is to estimate the under registration of vital events in the selected Municipalities/Corporations and to work out the actual vital rates of these areas and to estimate the residential vital rates of these municipalities/corporation. At present the scheme is implemented in 6 corporations and 28 municipalities. “Residential Vital Rates” is the publication on the progress of spot check survey preparing annually by the Vital Statistics Division of the Directorate publishing in the official website of the department.